The Central America Peace Project was a grass roots organization formed in 1984 by citizens of Northern New York concerned with the escalating threat to peace, the systematic denial of human and economic rights, and the ever-increasing US military intervention in Central America. The purpose of CAPP was to educate the community to the Central America Crisis and to initiate and coordinate peace projects involving the North Country community. The goals of the CAPP included creating a framework for peace in Central America, the suspension of all US military and economic aid to nations that lack protection of basic human rights, withdrawal of US military personnel and bases, and the promotion of civilian-led democracy. CAPP sought to achieve its goals by working throughout the North Country providing speakers, films, information and petitions to schools, churches, and social organizations and utilizing the local media

Summary: Series 1 consists of e-mail communications, hand-written notes and letters, lists of people attending meetings, fliers, news clippings on the groups activities, financial statements, petitions, photos of demonstrations and other activities related to Alternatives to War. The records run from October 2001 through 2006. Series 2 includes North Country Gardener records of business operations, subscriptions, circulation, press releases, promotion and source material for articles, as well as copies of each completed newsletter between 1991 to 1993. Also included is a 92-page three ring binder showing the development of the publication as well as a copy of each issue.

Note: Alternatives to War described itself as a coalition of people in northern New York who advocate a sensible and nonviolent approach to resolving national and international conflicts. The organizations profile was raised considerably when leaders of the group successfully brought former United Nations weapons inspector Scott Ritter, a high profile opponent of the war, to Canton and Potsdam in Oct. 2002, with the help of a number of other groups and the local colleges. North Country Gardener was a bi-monthly newsletter for people gardening in northern New York. 13 issues were published before publication was suspended after the Winter 1993 issue. Subscriptions varied from a little over 100 by the second issue to about 300 by the end of its run. The initial subscriber base was culled from respondents to a North Country gardeners survey put out by Mr. Harnden in 1990. While the newsletter was relatively short lived, comments from readers point to a well-received and highly appreciated publication that fulfilled its niche role of dispensing useful gardening information focused on the Northern New York region.

Summary:  This collection contains records of Women Together: The Journal of North Country Women. The collection includes copies of 8 completed newsletter issues dating from 1977 to 1981, however, there exist gaps among the newsletter volume and issue numbers, suggesting that there may be additional completed issues of Women Together. The collection also consists of typed and hand-written original source material for articles, newspaper clippings, original photographs, and mockups of 6 drafted newsletters. There is also hand-written correspondence from newsletter staff members, contributors and readers. In addition, the collection includes 2 notebooks containing records of business operations from 1979 and 1980 such as meeting notes, meeting attendance, newsletter subscribers, newsletter distributors and newsletter sales. There is also a group photograph of the North Country Women members, as well as photographs from the opening of the North Country Women’s Shelter. 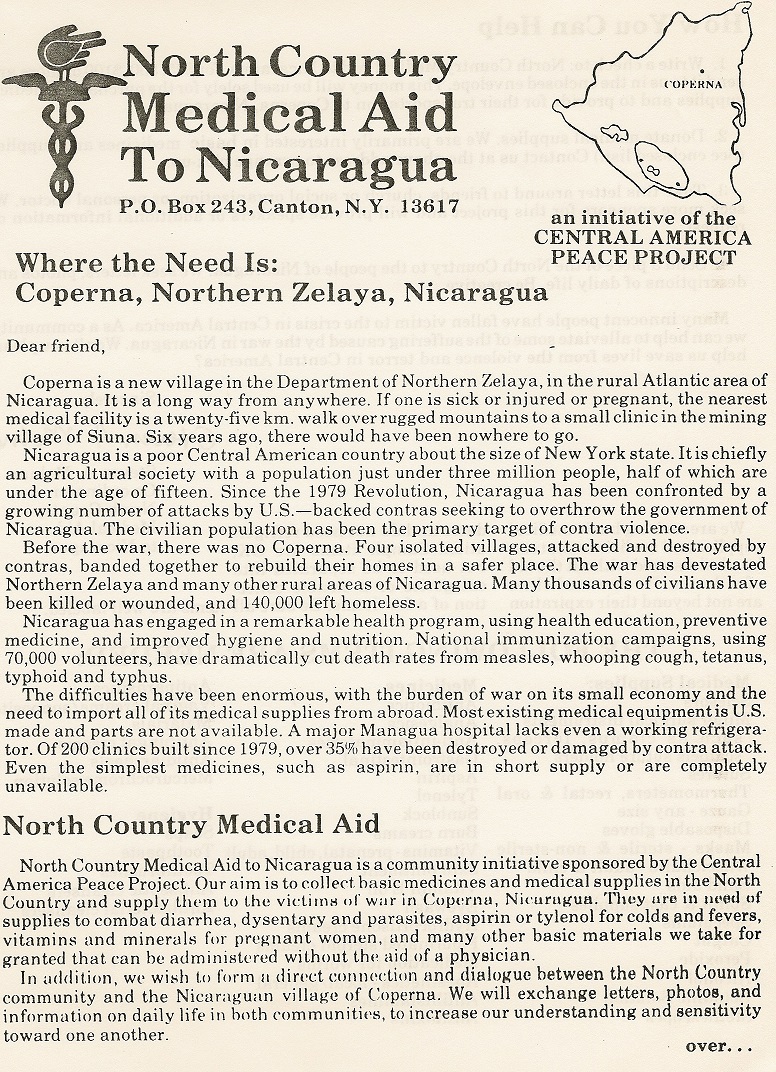