This guide introduces Sketchfab as a way to publish, share, and annotate your 3D models.

The Augmented Reality and Virtual Reality Tab, located within the 3D Settings Menu, is represented by the letters AR/VR. It includes options to scale your model relative to a person, move the 'floor' upon which a viewer can transport or move, and set the initial viewing position a viewer will have.

You might find after uploading a model that your model is too large or too small relative to the human figure, or that the model is floating in space rather than situated on a floor/table. How you scale or position your model in relation to your viewer is up to you and determined by the experience you want them to have.

Don't forget, you must always "save settings" when making 3D Setting changes or you will lose your work. Also remember that if you make changes to your model and already selected "Allow AR" in your Edit Properties menu (Enterprise accounts only), Sketchfab will need to rerun the conversion. As a result, changes in AR will not be visible immediately.

In the example image above, the 3D model is too large relative to the person and positioned as floating in midair. To change the scale and position of the model relative to the floor, select the sliding scales under the World Scale and Floor headings. 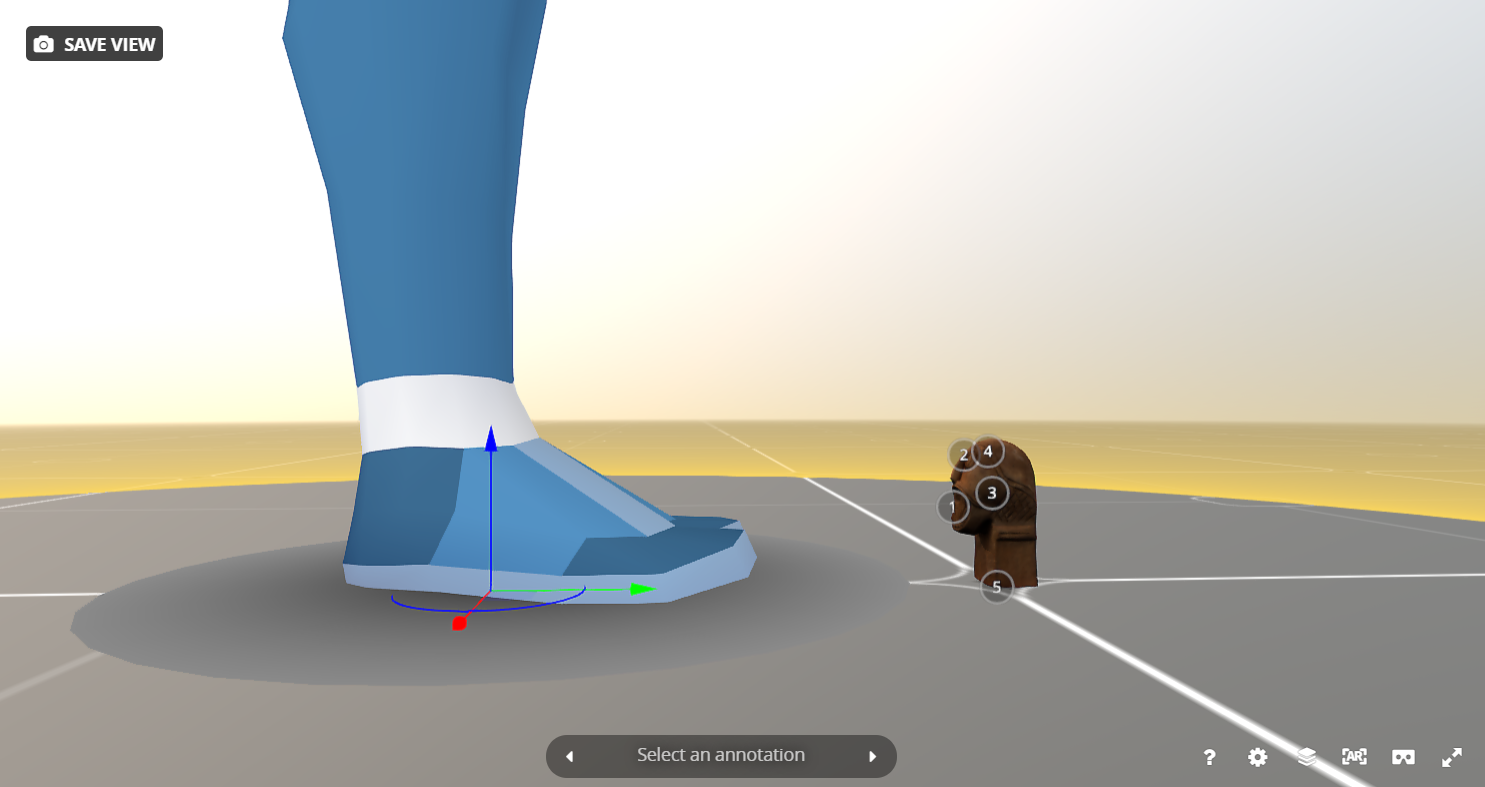 After changing the scale and floor, the example is now accurate relative to human-scale and situated on the floor. This will allow AR users to situate the model directly on a flat surface in their physical environment - whether on the floor or a table.

Below, the digital 3D model (right) appears on a desk using these new augmented reality settings next to the physical object (right) the 3D model was created from. 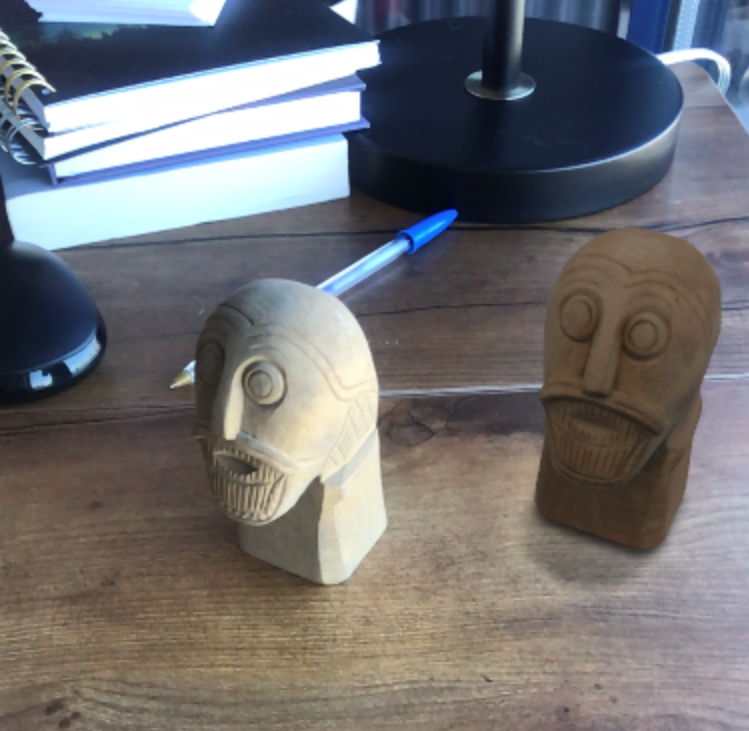